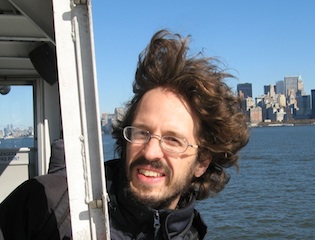 Holocene tree-cover in Europe and implications for re-wilding strategies

My science is relevant to Biodiversity Promotion and Nature Conservation, developing evidences from the fields of Botany, Ecology and Palaeoecology. I am currently a D.Phil (PhD) student funded by NERC at the Oxford Long-Term Ecology Laboratory. Before starting this D.Phil with Kathy and Shonil, I completed a dissertation project focussed on alternative stable regimes in ecology using diatom and macrofossils from a shallow lake. This was part of my NERC funded MSc in Quaternary Science at UCL and Royal Holloway University of London, for which I obtained a distinction and the Elsevier Price for best student. This MSc was the ideal specialisation after my first class honour BSc in Botany at the University of Reading. During my undergraduate time I also worked as an archaeobotany technician in the Archaeology Department, Reading. Previous research experience includes a job for the Swiss Agriculture Research Centre. In addition, I am a keen field botanist and I am also developing my skills in bryology.

Whilst in OxLEL his thesis addressed the methodological challenges of determining the variability of large herbivore populations through time and their impact on European vegetation. Large herbivores are at the heart of conservation policy, however, opinions widely diverge on whether we should aim for fewer herbivores and managed populations or, on the contrary, as advocated by the rewilding movement, more herbivores and self-regulating populations acting as ecosystem engineers. This controversy has roots in a debate regarding the nature of ecosystems before the prevalence of human activities. Baseline ecosystems are either described as continuous forest cover with passive large herbivores, or, in contrast, as mosaics with patchy forest cover driven inter alia by bison, aurochs and horses, now rare or extinct in Europe. The main obstacle in moving this debate forward is a poor understanding of large-herbivore densities in the past. I analysed modern pollen and spore assemblages from known environmental settings to improve palaeoecological interpretation of fossil assemblages dating the pre-human (baseline) period. The sites investigated in Ambroise’s thesis were the rewilded grasslands of the Oostvaardersplassen (The Netherlands), the mosaic habitats of The New Forest (UK) and the old-growth closed-canopy forest of Białowieża (Poland). He demonstrated that the common practice of interpreting pollen percentages fails to estimate past forest cover in situations with natural grazing. As an explanation, he suggested that pollen productivity fluctuates with biotic factors such as herbivory and canopy shading. As a result, new insights into the baseline debate require additional lines of evidence. Thus he developed an existing methodology to reconstruct past herbivore presence using fossil dung fungal spores. I synthesised our knowledge on this method with an emphasis on spore identification and, finally, I demonstrated that dung fungal spore abundance in lake sediments can be translated into large herbivore numbers. The evidence presented herein contributes to the debate on re-wilding, thereby addressing the fundamental challenge of nature conservation in the human-dominated landscapes of Europe.

“A methodological step forward to quantify past population size of large herbivores and the impact of their disturbance regime”
Oral presentation at the 97th ESA annual meeting, Portland, USA, August 2012

“Which fungal spores are indicative of herbivore activity? And how can we interpret their abundances?”
Oral presentation at the 5th NPP Workshop, Amsterdam, The Netherlands, July 2012

“Does heavily-grazed vegetation show up in the pollen record?”

“How to reconstruct past grazing regimes of heathlands?”

“Are there palynological signals from heavily-grazed vegetation?”
Poster presented at the NordForsk-Landclim Workshop 4, Lund, Sweden, August 2010.