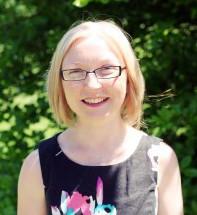 Claire is an environmental biologist with a particular interest in understanding the relationships between environmental factors and the distributions of different species and biological communities. She received her PhD from Royal Holloway, University of London in 2003, where she analysed a large observational data set to identify freshwater macroinvertebrate communities that were diagnostic of particular chemical and physical site conditions. Claire then spent five years working at the Environment Agency of England and Wales and a further five years in environmental consultancy, conducting and managing research into the environmental impacts of pesticides, biocides and industrial chemicals.

During her time in the Long-term Ecology group, Claire compiled a global database of mosquito bionomics data (ecology and behaviour) for the dominant vectors of human malaria, with the aim to contribute to the better targetting of appropriate vector control strategies. This dataset is freely available for download from Dryad. She also worked on the Humbug project (https://humbug.ox.ac.uk).