“Look closely at nature. Every species is a masterpiece, exquisitely adapted to the particular environment in which it has survived.” E.O.Wilson

From the early Greek philosophical musings of Empedocles and Aristotle in the 4th and 5th century B.C., through the naturalist accounts of Darwin and Wallace more than 14 centuries later, right up to the present-day wealth of ecological studies fighting for their place in a scientific journal, plant and animal adaptations to their environments have continued to fascinate us. We are however, at a point in history where the knowledge of these characteristics or traits that allow organisms to persist and possibly thrive under harsh conditions is shifting from the interesting to the essential.

Trait-based ecological studies utilise the concept of ecological filtering, where plants with suitable traits can survive a set of climatic and environmental constraints and those that do not, are filtered out of the environment. Trait information thus holds a key piece of the puzzle in determining how organisms will respond to the pervasive and fast-paced anthropogenic climate change that we are facing.

In our recently published study in Frontiers of Biogeography (Kühn et al. 2021), we therefore asked: Is there a set of global traits that allow plants to cope with or even thrive under climate changes across biomes? To address this, we did a systematic global review of literature on the topic. We identified 148 studies that demonstrated a link between traits and positive plant responses in performance and fitness, to multiple climate changes and associated environmental changes. 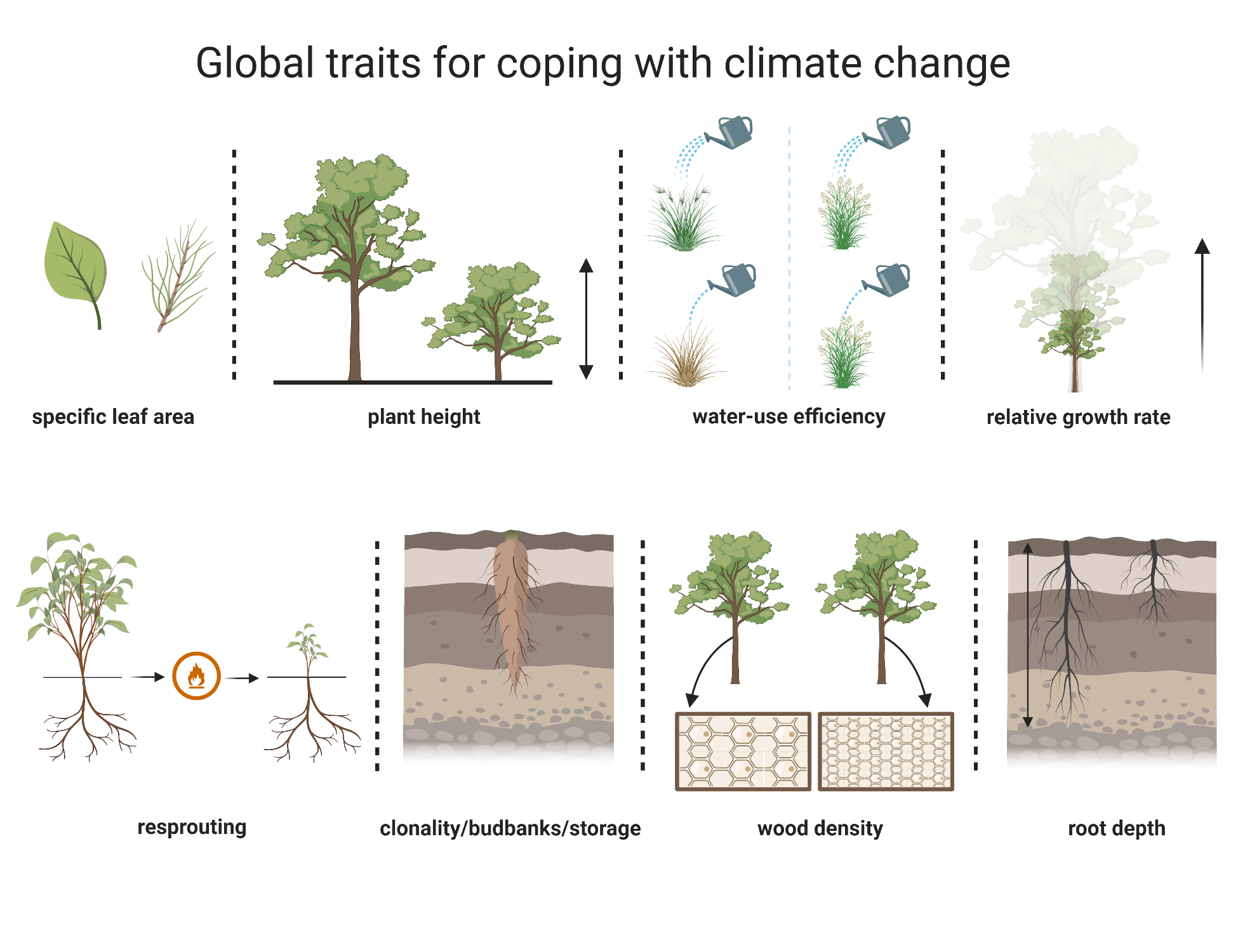 Research often focuses on the vulnerability of species to climate change, whereas our study offers an understanding of which traits may allow species to avoid the negative impacts of climate change. Our findings illustrate important and general trait-climate responses within and between biomes which can ultimately help us to understand which types of plants may cope with or thrive under current and future climate change. This knowledge is key when developing a range of management decisions. For instance, it could help crop breeding programs select species or varieties with key traits and trait attributes to cope with predicted future climate change. It could also help conservation and restoration actions to identify species that are resistant vs. vulnerable to climatic changes. Our analysis also has implications for which ecosystem services will be more resilient to climate change, as many are linked to specific traits (e.g., the size and architecture of root and shoot systems regulate climate, water, and soils of ecosystems). From our work we therefore conclude that a better understanding of traits and their relationships to climate and associated environmental changes is a key tool in the toolkit for ensuring more resilient ecological and agricultural systems.